The landmark report documents the conservation status of the world’s nearly 60,000 tree species 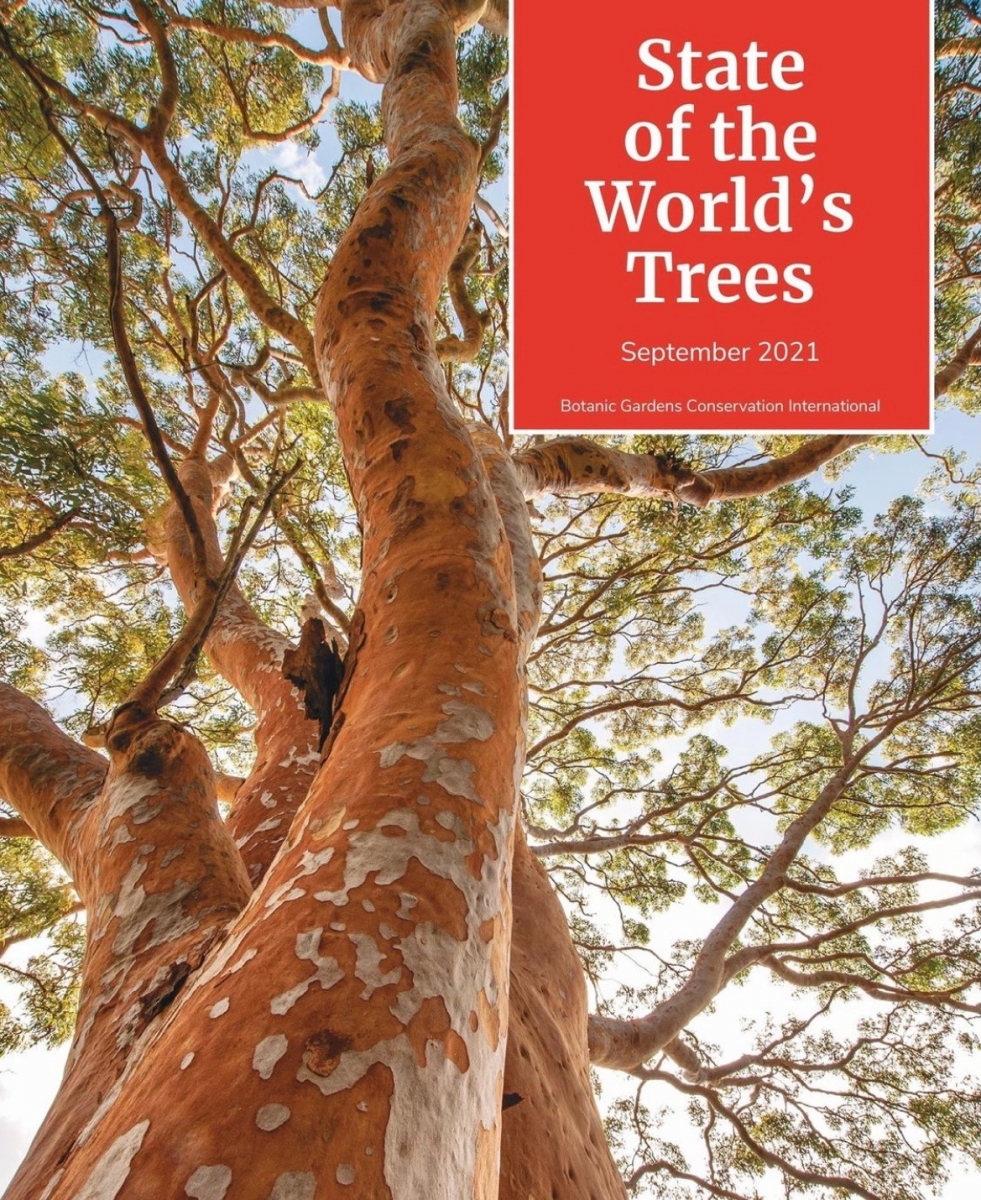 September 1, 2021 (Washington, D.C.) — Thirty percent of the world’s trees and at least 11 percent of native U.S. trees are threatened with extinction, according to the new State of the World’s Trees report. The report, compiling work led by the Global Tree Assessment (GTA) and launched today by Botanic Gardens Conservation International (BGCI), is one of the first assessments of the world’s threatened trees and is the culmination of five years of research to identify major gaps in tree conservation efforts.

A major contribution to the GTA for the U.S. was a collaboration between the United States Botanic Garden (USBG), BGCI-US, The Morton Arboretum, and NatureServe. This partnership delivered the first ever completed conservation assessments of all 841 native, continental U.S. tree species, showing at least 11% of continental U.S. native trees are threatened in the wild. The full assessment of the conservation status of all U.S. trees will be available in early 2022.

Examining the globe’s 60,000 tree species, the report reveals that 30% (17,500) of tree species are currently at risk of extinction. That means there are twice the number of threatened tree species globally than threatened mammals, birds, amphibians and reptiles combined.

The report reveals that globally, over 440 tree species are on the brink of extinction, meaning they have fewer than 50 individuals remaining in the wild. These species are found all over the world, from the Mulanje cedar in Malawi, with only a few remaining individuals on one mountain, to threatened ash and oak in the continental U.S. and the alani found only in Hawai’i that has not recently been sighted in the wild.

The report finds hope for the future, however, as conservation efforts led by the botanical community worldwide are growing. Identifying which trees are at risk and ensuring these are protected is the most effective way to prevent extinction and restore endangered species. The report reveals that at least 64% of all tree species can be found in at least one protected area, and about 30% can be found in botanic gardens, seed banks, or other ex situ collections, but further action is needed.

“This comprehensive report is such an important resource for plant conservation, and we were proud to support this collaboration,” said Saharah Moon Chapotin, Ph.D., Executive Director, United States Botanic Garden. “The information will guide efforts to preserve trees at a critical time when they are increasingly under threat from a changing climate.”

The State of the World’s Trees report brings together research from over 60 institutional partners, including botanic gardens, forestry institutions, and universities worldwide, as well as more than 500 experts who have contributed to tree assessments in the last five years.

The partnership between the USBG, The Morton Arboretum, NatureServe, and BGCI-US has taken several approaches to advancing tree conservation in the U.S. The collaborators created a novel crosswalk methodology to translate assessments between the IUCN Red List and NatureServe’s global conservation status, the two conservation assessment frameworks widely used in North America, and then published final assessments to the Red List.

The Morton Arboretum and USBG are collecting wild seeds for planting in conservation collections and advancing the work of the Global Conservation Consortium for Oak (GCCO). The Red List of Oaks 2020 revealed that 31% of the world's oaks, which are crucial to the environments in which they grow and are culturally and economically important to humans, are threatened with extinction.

Cause of extinction - climate change is a growing threat

The greatest threats facing trees include habitat loss from agriculture and grazing, followed by over-exploitation from logging and harvesting. Climate change and extreme weather are emerging threats to tree species globally. As the temperature and weather of the world changes, many trees risk losing areas of suitable habitat, in both temperate and tropical regions. Tree species are the backbone of the natural ecosystem. They store 50% of the world’s terrestrial carbon and provide a buffer from extreme weather, such as hurricanes.

At least 180 tree species are directly threatened by sea level rise and severe weather events. An increased occurrence of fire is a major threat to trees in Madagascar, and has also been identified as a risk to U.S. species of oak as well as Nothofagus trees in Australia and South America. Globally, shifting land use to agriculture alongside increasing global temperatures compounds the risk of fire to many tree species.

A roadmap for the future - hope for trees

Despite nearly a third of tree species threatened with extinction, the report indicates hope for the future if conservation efforts continue and further action is taken. To aid that, BGCI is launching a new GlobalTree Portal, an online database tracking conservation efforts for trees at a species, country, and global level.

Both the report and portal show for the first time which trees need the most protection, where action is needed most urgently, and most importantly, where the gaps in conservation effort are. Recommended actions include to extend protection of habitat for threatened tree species; ensure threatened tree species, where possible, are conserved in botanic garden and seed bank collections; and expand native and threatened tree planting programs, amongst others.

Online folder of images and press release from BGCI:

Botanic Gardens Conservation International (BGCI) is the world’s largest plant conservation network, comprising more than 650 botanical institutions in over 100 countries. Established in 1987, BGCI is a registered charity with offices in the UK, US, Singapore, China and Kenya. BGCI leverages the expertise at botanic gardens worldwide for tree conservation with the Global Tree Assessment, BGCI’s Tree Conservation Fund and the Global Trees Campaign.