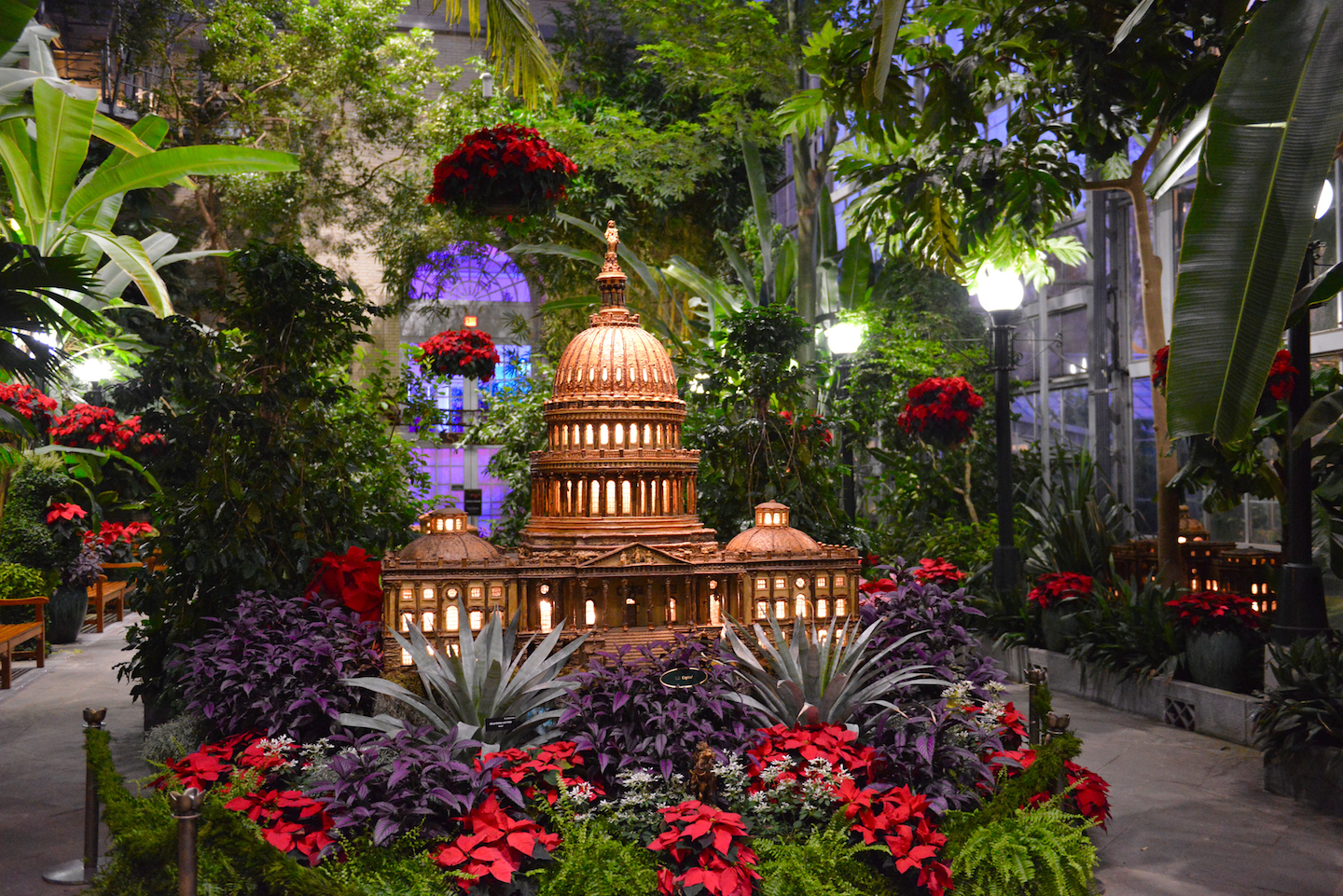 Washington, D.C. – This year’s annual U.S. Botanic Garden (USBG) holiday exhibit, Season’s Greenings: All Aboard!, will open Thanksgiving Day, November 22, 2018, and run through New Year’s Day, January 1, 2019. The USBG is vibrant throughout the holidays with the sights, scents, and sounds of the season.

In the Garden Court, find model landmarks from our nation’s capital – all made from plant materials. On display are 12 D.C. landmarks including the U.S. Capitol, the Washington Monument, the Lincoln Memorial, and a new addition this year, an inspired botanical version of Union Station. Thousands of poinsettias will be on display throughout the Conservatory, including a showcase of more than 30 varieties of poinsettias featuring heirlooms, classics, and multiple newly developed varieties.

The U.S. Botanic Garden is open to the public, free of charge, every day of the year from 10 a.m. to 5 p.m. On most Tuesdays and Thursdays in December, the Conservatory will be open until 8 p.m. for live seasonal music concerts and after-dark holiday exhibit viewing. Join us as we celebrate the holidays and America’s natural and cultural treasures.

Holiday Music in the Garden concerts begin at 6 p.m.; this year’s schedule includes:

The Conservatory is located at 100 Maryland Ave. SW, on the southwest side of the U.S. Capitol. Visitors are encouraged to use public transportation. More information is available at www.USBG.gov/SeasonsGreenings 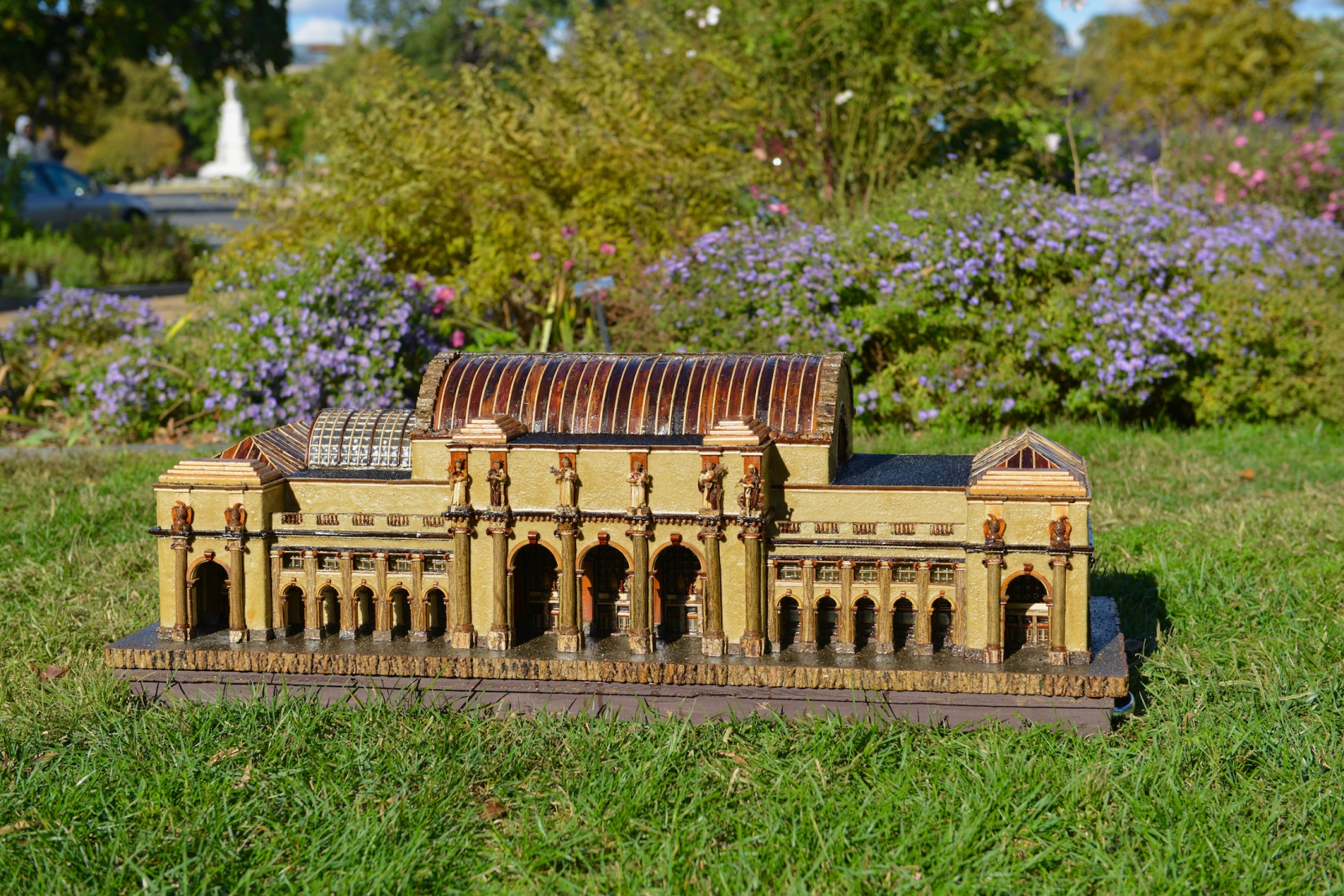 The United States Botanic Garden (USBG) is one of the oldest botanic gardens in North America. The Garden informs visitors about the importance and fundamental value and diversity of plants, as well as their aesthetic, cultural, economic, therapeutic and ecological significance. With over a million visitors annually, the USBG strives to demonstrate and promote sustainable practices. The U.S. Botanic Garden is a living plant museum accredited by the American Alliance of Museums.  www.USBG.gov