Plants appeal to the senses — visitors of all ages are captivated by the sights, smells, sounds, and textures that surround them in our Conservatory.

The U.S. Botanic Garden is a museum with living treasures of the plant world. The towering leaves, graceful flowers, delicate seeds, and exotic fruits of plants at their peak are displayed artfully throughout the historic Conservatory.

You will find a world of plants and environments in our permanent exhibits and gardens:

Explore plants from our Rare and Endangered plants collection 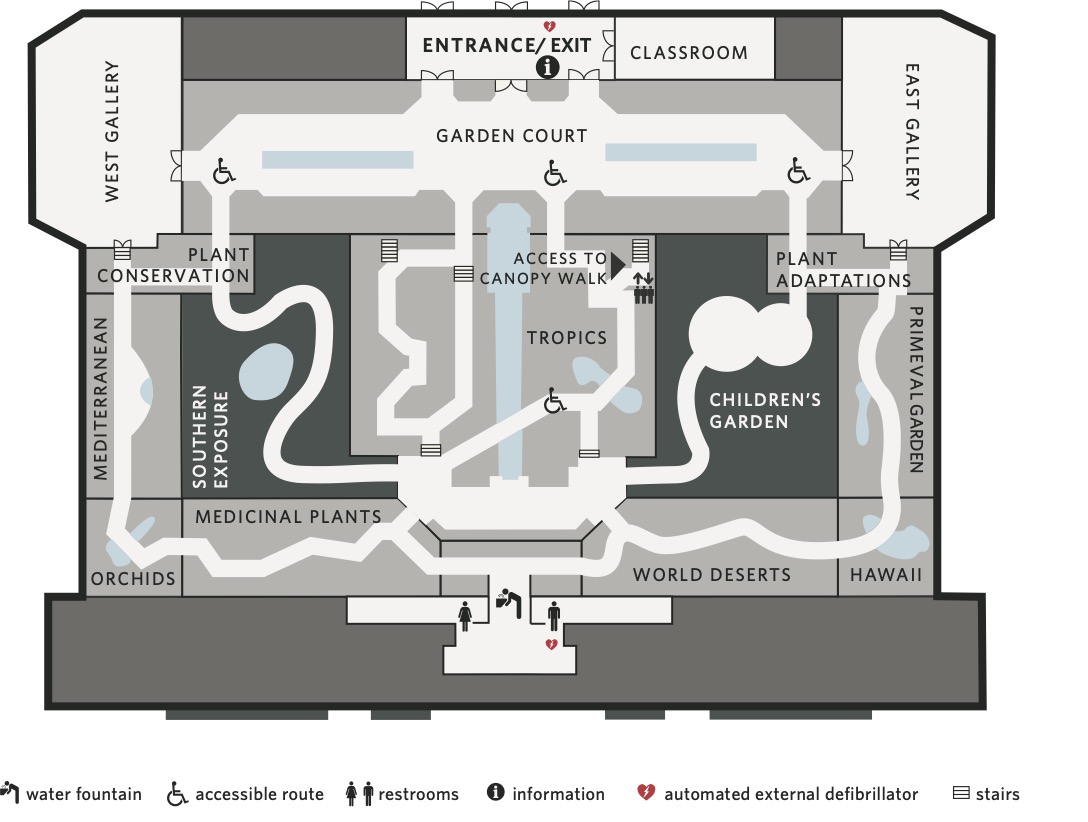 Constructed by the Architect of the Capitol in 1933, this historic Lord & Burnham greenhouse contains two courtyard gardens and 10 garden rooms under glass, totaling 28,944 square feet of growing space.

Behind the scenes is a state-of-the-art, completely automated environmental control system. Computers monitor the outside weather and automatically control misting, shade cloth, fans, air-handling equipment, heat, and window vents to achieve a perfect range of day and night temperatures and humidity.

In 2001, the Conservatory re-opened after a four-year renovation to replace and modernize its building systems, while retaining its architectural character.

Aside from a modest addition at the rear of the building, its exterior remains largely unchanged from its 1933 appearance. The Conservatory's aluminum framework, glazing, interior floors, doors, and lighting were replaced; all electrical, plumbing, and environmental control systems were upgraded, and air conditioning was installed in certain locations.

From 2017-2019, the USBG restored the deteriorating stone facade and roof of the Conservatory. Years of weather had led to discoloration, cracking, and deterioration of the facade and decorative features. Waterproofing on the roof had failed, leading to damaging water infiltration. The project restored damage to the limestone facade and restored the integrity of the roof, preserving this historic building for decades to come.

Photos from the Conservatory

Explore the variety of habitats displayed throughout the Conservatory