This is an archive page about the 2016 bloom. Click here to go to the main corpse flower page for information about current blooming corpse flowers. 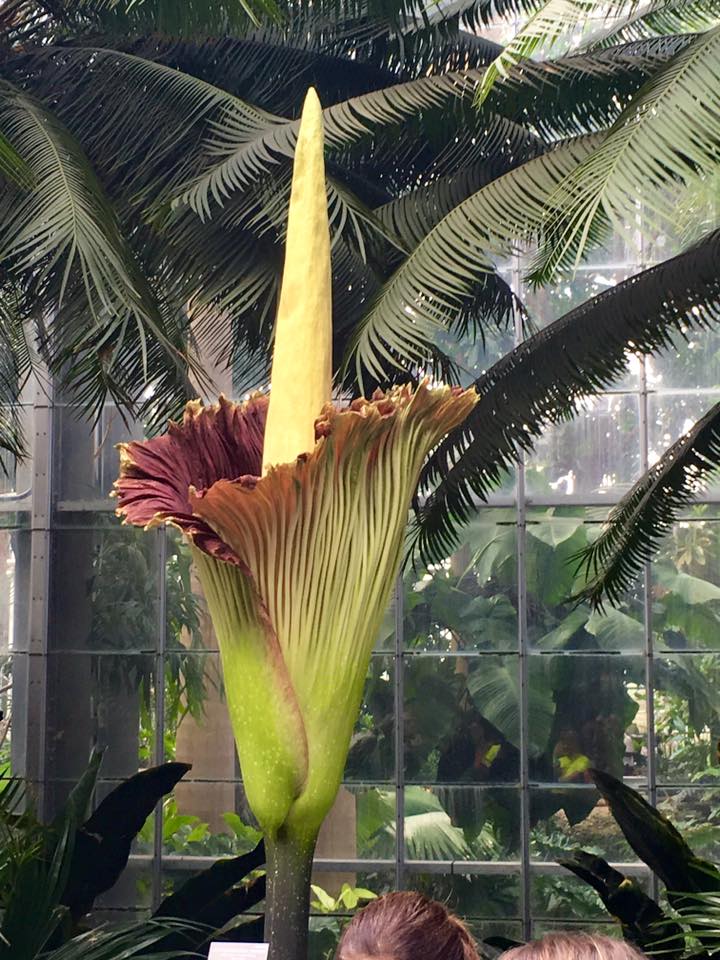 The corpse flower (Amorphophallus titanum), also known as the stinky plant, bloomed August 2-5, 2016 at the U.S. Botanic Garden Conservatory. It was the first bloom of this particular plant, which was six years old. It takes quite a while to create enough energy for a bloom as spectacular as this one!

The magic of the titan arum comes from its great size – it is largest unbranched inflorescence in the plant kingdom. When it went on display, the plant was around 3.5 feet tall. Referred to as the corpse flower or stinky plant, its putrid smell is most potent during peak bloom at night into the early morning. The odor is often compared to the stench of rotting flesh. The inflorescence also generates heat, which allows the stench to travel further. This combination of heat and smell efficiently attracts pollinators, such as carrion beetles and flies, from across long distances.

This plant is native to the tropical rainforests of Sumatra, Indonesia, and first became known to science in 1878. In its natural habitat, the titan arum can grow up to 12 feet tall. Public viewings of this unique plant have occurred a limited number of times in the United States. The U.S. Botanic Garden previously displayed blooming titan arums in 2003, 2005 and 2007, 2010, and 2013.

See a time lapse of this corpse flower growing, blooming, and collapsing. And keep your eyes open at the end to see inside, where the hundreds of male and female flowers are hidden. 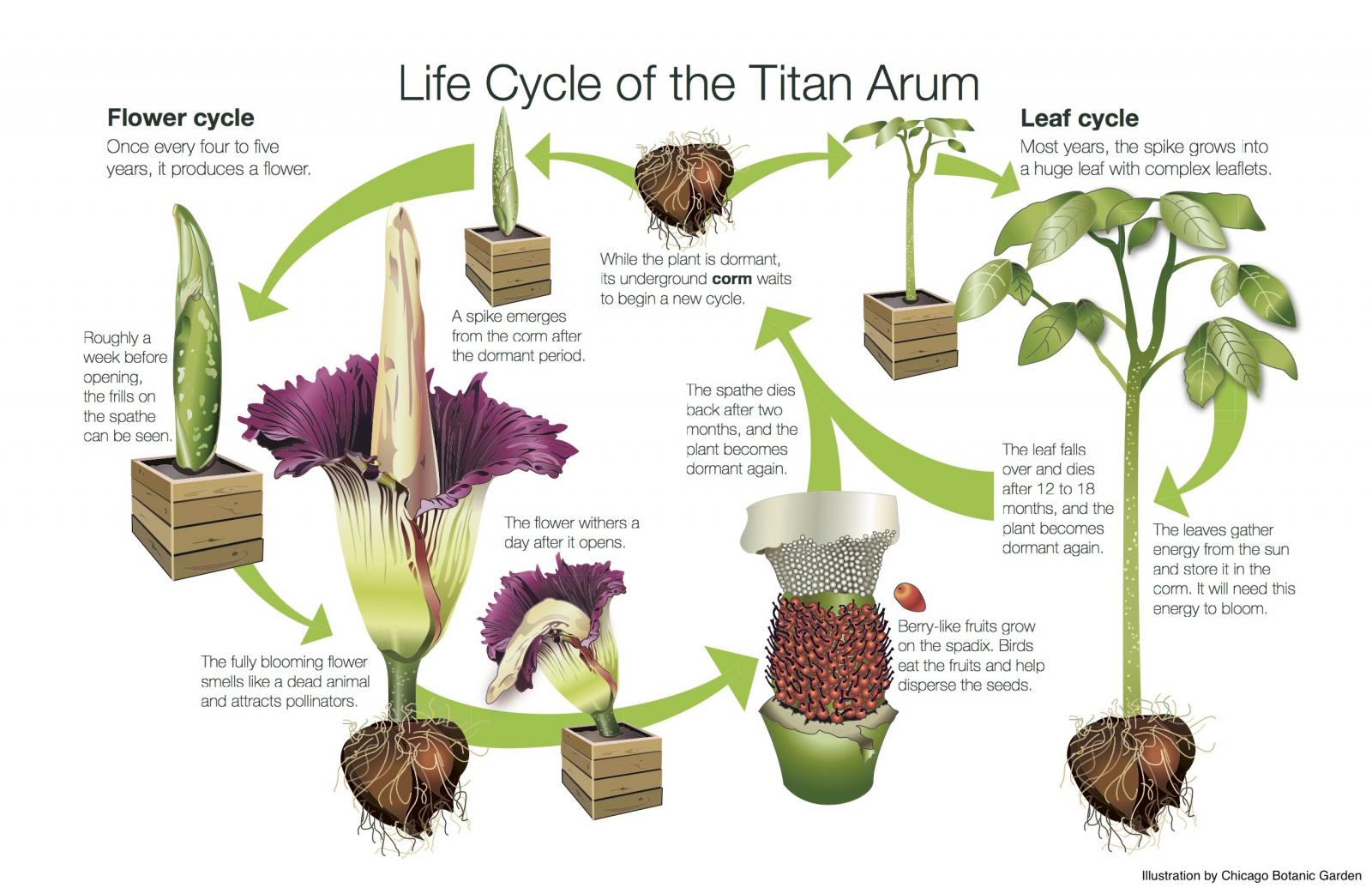 The U.S. Botanic Garden last displayed a corpse flower bloom in 2013. More than 130,000 people came to see the plant in person, and more than 650,000 viewers accessed the live webstream.
Learn more about the 2013 bloom.