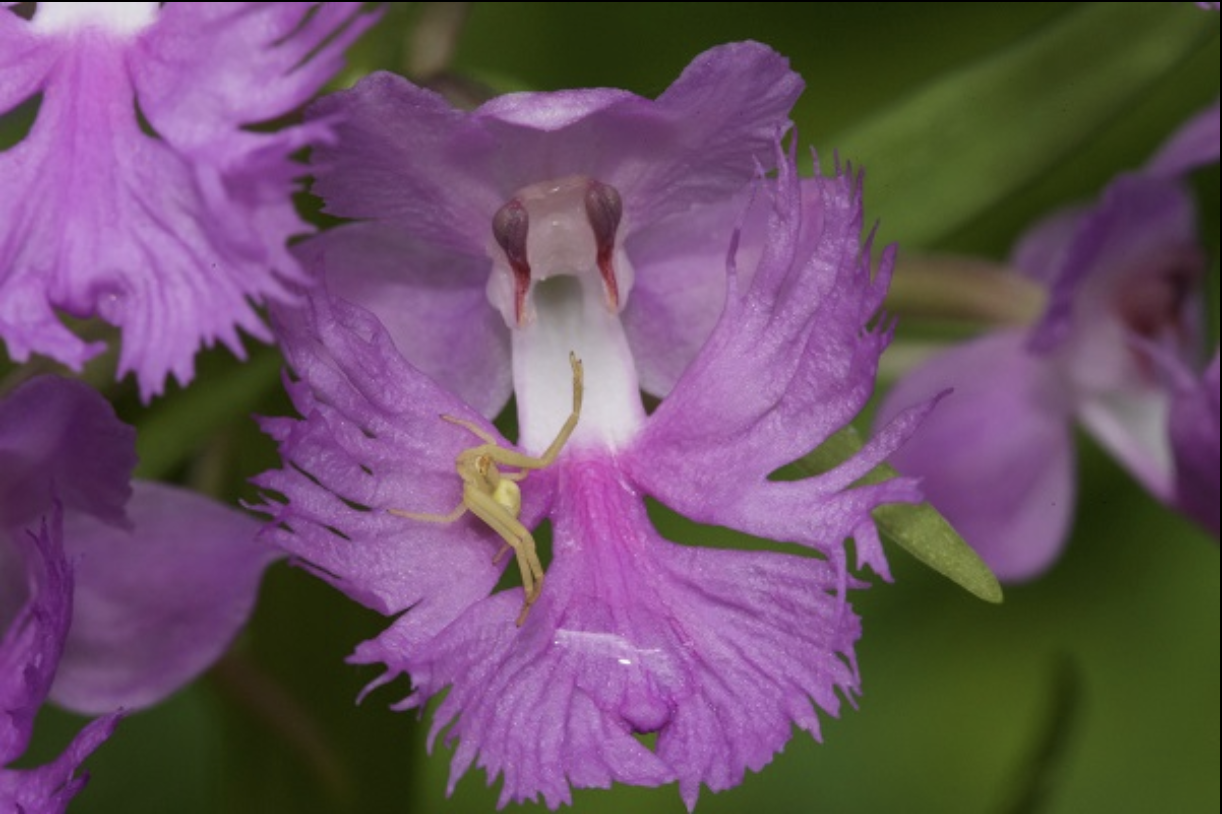 The North American Orchid Conservation Center (NAOCC) is a collaboration between the Smithsonian Environmental Research Center and the U.S. Botanic Garden that will join public and private organizations to conserve, cultivate and restore North America’s native orchids.

Orchids are found throughout North America and many of the approximately 200 species are threatened or endangered because of habitat loss.

This video is a guide to the Go Orchids web site and explains some basics of identifying native orchids.

Why are orchids so fascinating and captivating?

Beautiful, diverse and often large-flowered, orchids are an ancient plant family that has evolved an amazing array of flower types, pollination mechanisms and complex interactions with animals and fungi. In the plant world, orchids reign supreme as about 10 percent of all plant species are orchids.

Among flowering plants, orchids are the largest family and no other plant family can match the array of evolutionary features that orchids possess. Collectors prize orchids for their showy flowers; scientists have long been fascinated by the relationships between the plants and their pollinators.

Today, orchids have taken on even greater significance – highly sensitive to habitat change, orchids are among the first casualties from environmental loss and damage.

Orchids and their habitats

Orchids have complex relationships with the habitat in which they live; some are dependent upon the fungi that are free-living in the soil, others associate with fungi that are also connected to other plants, especially trees. As habitats changes, the fungal community changes and orchids may lose fungi upon which they depend for their survival.

Like precious gems, the most unique and rare orchids are sought by the most enthusiastic collectors. As word spreads about the location of a rare orchid, more and more demand is placed on an already fragile population. Once widespread, many orchid species are now found in small, fragmented populations.

What are we doing?

There are relatively few national efforts to restore native orchids. NAOCC is a collaboration formed to pursue the following goals: