History of the U.S. Botanic Garden

The United States Botanic Garden is the oldest continuously operating public garden in the United States. The Garden is rooted in the nation’s heritage. During the late 18th century, George Washington had a dream of a national botanic garden and was instrumental in establishing one on the National Mall in 1820. Washington's letter written in support of a botanic garden in the new federal city is in the archives of the Library of Congress.

The institution traces its beginning to 1816, when the constitution of the Columbian Institute for the Promotion of Arts and Sciences in Washington, D.C., proposed the creation of a botanic garden to collect, grow and distribute plants of this and other countries that might contribute to the welfare of the American people.

On May 8, 1820, President James Madison signed a bill passed by the U.S. Congress designating land for the garden to the west of the Capitol Grounds, from First Street to Third Street between Pennsylvania and Maryland Avenues. This facility functioned until 1837, shortly after the organization stopped holding meetings.

In 1842, the idea of a national botanic garden was reestablished when the United States Exploring Expedition to the South Seas (the Wilkes Expedition) brought a collection of living plants from around the globe to Washington, D.C. These formed the first permanent collection of plants for the U.S. Botanic Garden, and four plants in the Garden today date back to this expedition. The plants were kept in a specially constructed greenhouse behind the Old Patent Office Building while a new Conservatory for the Garden was constructed between 1842-1850.

The Victorian Conservatory opened to the public in 1850 and the U.S. Botanic Garden has been in continuous operation and open to the public since this date.

The Garden moved to its present location in 1933, a complex located along the north and south sides of Independence Avenue bordered by First Street and Third Streets SW. The Garden includes the Conservatory, which was renovated from 1997-2001; the gated outdoor gardens, which opened in 2006; and Bartholdi Fountain and Gardens, which were created in 1932. The current plant production and support facility opened in Anacostia in 1993, which includes 85,000 square feet under glass divided into 34 greenhouse bays in addition to maintenance shops.

The U.S. Botanic Garden was formally placed under the jurisdiction of the Joint Committee on the Library of Congress in 1856 and has been administered through the Architect of the Capitol since 1934. The Architect of the Capitol serves as Acting Director of the U.S. Botanic Garden and is responsible for the maintenance and operation of the Garden and for any construction, changes or improvements made.

Today, the Garden welcomes more than a million visitors each year to explore the gardens outdoors and throughout the Conservatory. The U.S. Botanic Garden maintains more than 9,500 accessions, which equates to about 44,000 plants. These are used for exhibition, study, and exchange with other institutions. The Garden's noteworthy collections include economic plants, medicinal plants, orchids, carnivorous plants, cacti and other succulents, aroids, plants of eastern North America, bromeliads, cycads, and ferns. Historic specimens include several that date from the 1842 U.S. Exploring Expedition collection. 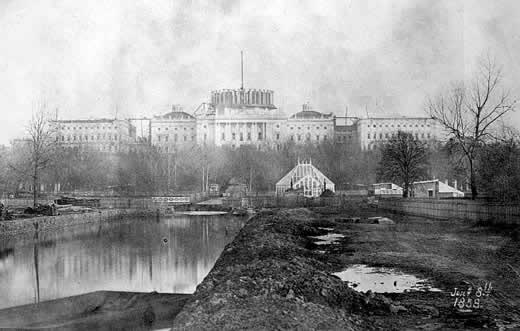 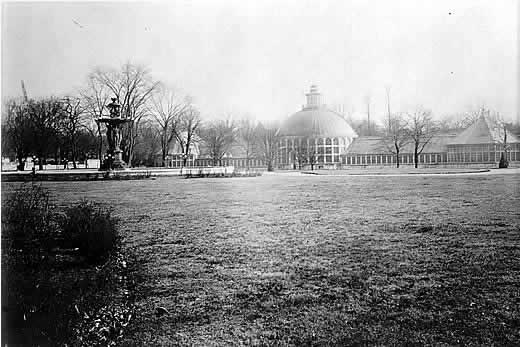 The Conservatory, expanded in 1867, consisted of a central dome and two wings 300 feet long. This photograph also shows where the Bartholdi Fountain stood to the north of the first Conservatory from 1877 until 1927. Architect of the Capitol 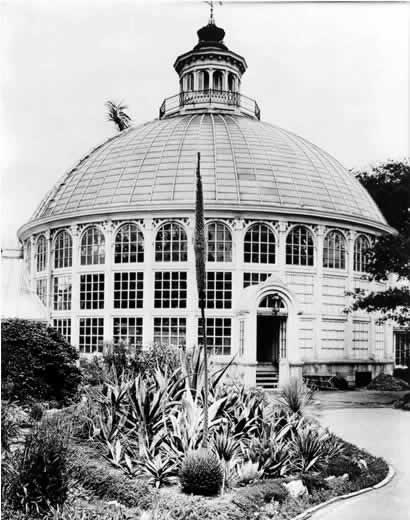 This 1912 photograph shows some of the outside gardens and the central dome of the Palm House of the Victorian Conservatory. Architect of the Capitol 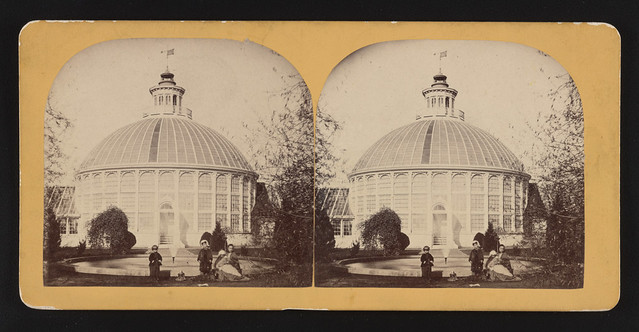 A Botanic Garden for the Nation

Through historical documents and colorful photos, A Botanic Garden for the Nation tells an important story about this special place. Through sumptuous photographs, it offers a tour of the Conservatory through every plant environment from the lush Jungle and colorful Orchid house to the spare World Deserts. The engaging text explores ecosystems and reveals details about interesting plants and plant collections.

This book is out of print. Download for free in electronic form [PDF]. 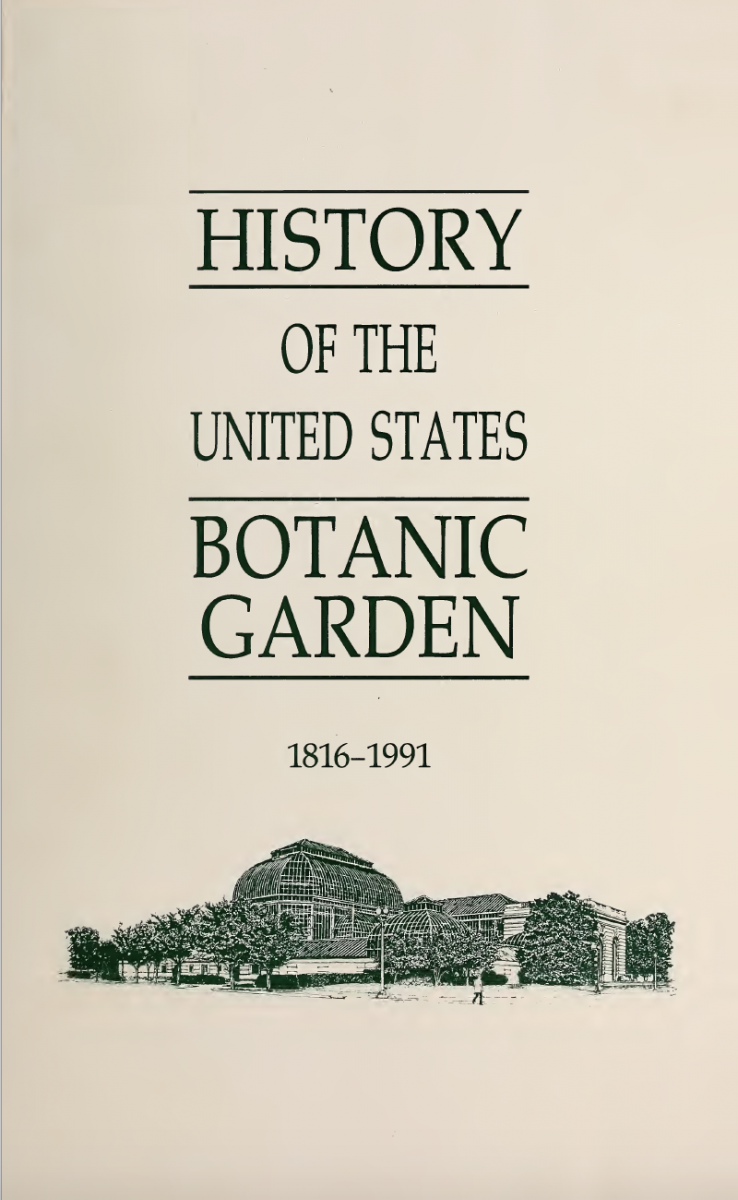 This book is a deeper dive into the background, founding, and history of the United States Botanic Garden from an idea to creation to more than 150 years of activity. Researched and written by Karen Solit.